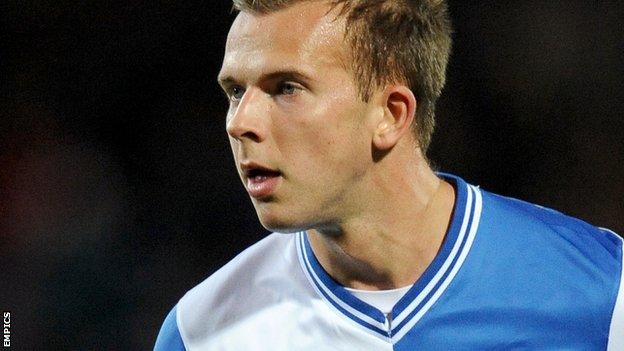 "Sometimes you have those weeks and sometimes you just find yourself in places where the ball might come," Rhodes told BBC Radio Lancashire.

"Five goals in a week is what you dream of as a striker."

He added: "Sometimes you make exactly the same runs and the ball just doesn't find you.

"It's been fantastic but I won't take my eye off the ball and it will be straight back to work to try and improve myself."

Rhodes has now scored 14 goals in all competitions this season, including nine for Rovers since his in August.

"Last week, with the three games and not getting the results that we wanted, it was terrific to put on a half-decent show, get some goals and get a win," said Rhodes.

The win was enough to lift Rovers back into the Championship play-off places and six points behind second-placed Cardiff.