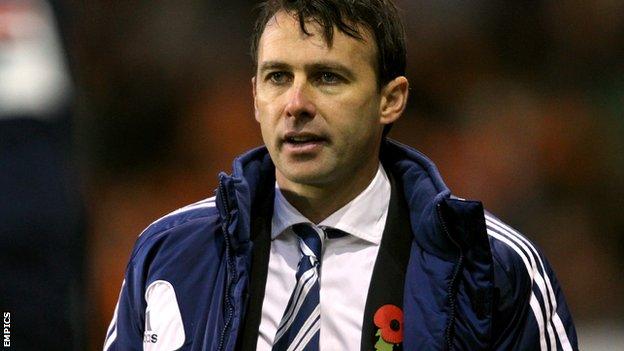 New Bolton manager Dougie Freedman says he is developing a clearer view of the areas in which he needs to improve his squad in the upcoming months.

"The options are good to have, but you want the options that can win you games," he told BBC Radio Manchester.

With the amount of chances we created, it probably was two points dropped

"It's no good having 40 players and 35 of them are no good. During the week, I'm understanding who wants to push on with their careers."

Bolton remain unbeaten under Freedman after

He continued: "We've got to look at the squad and see if it's the squad depth that we need, or whether it's the quality."

Bolton have drawn three of their four games since the former Crystal Palace boss took charge at the Reebok Stadium.

And Wanderers were held by the struggling Tykes on Saturday, having taken the lead with a goal from captain Kevin Davies.

"With the amount of chances we created, it probably was two points dropped," added the Scot.

"The lads gave all the effort they had and I felt that they responded well to their goal.

"It's one of those games that, if you're second or third in the table, you get a 2-1 win. But where we are at this moment in time, it's disappointing to drop the two points."