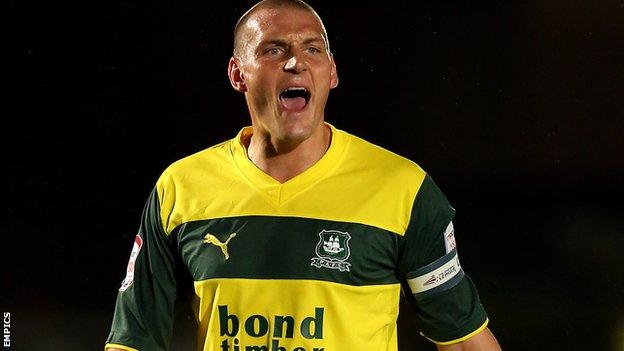 Purse was given a red card after a disagreement with Jamie McGuire.

"Sometimes a will to win spills over into actions that maybe you wouldn't normally do," Fletcher said.

"I've been there and played games and done things on the pitch that in the cold light of day don't seem normal," he told BBC Radio Devon.

"It's very hard for people to understand, if they've not actually played the game, with the adrenaline and the frustration and the will to win and hard work, that sometimes you do things that you probably wouldn't normally do."

The result means Argyle have gone six games without a win as they prepare to travel to Bradford City on Tuesday night.

"From our point of view we weren't good enough," Fletcher added.