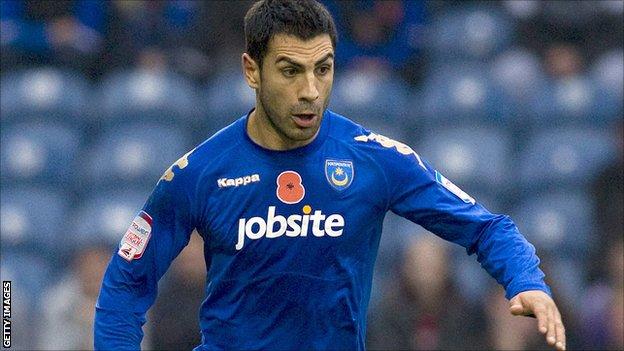 Former Portsmouth defender Ricardo Rocha has returned to the League One club on a month-long contract.

Rocha, 34, made 76 appearances before leaving Pompey when his contract expired at the end of last season.

Caretaker manager Guy Whittingham says the Portuguese centre-back will go straight into the squad for Tuesday's game against Leyton Orient.

"He's such a great guy to have around and we need to get him in straight away," he told BBC Solent.

Rocha began his career at Sporting Braga before moving to Portuguese giants Benfica - where he won the league and cup - in 2002.

While at Benfica he won the first of his six international caps for Portugal.

Rocha moved to Tottenham in January 2007, but made just 18 appearances during an injury-hit two and a half years.

"I'm delighted to be back at Pompey and to have the chance to help out Guy and this great club," said Rocha.

"I can't wait to get out on the pitch again and play in front of the fantastic supporters at Fratton Park."

Meanwhile, Carl Dickinson has been recalled from his loan spell by parent club Watford.