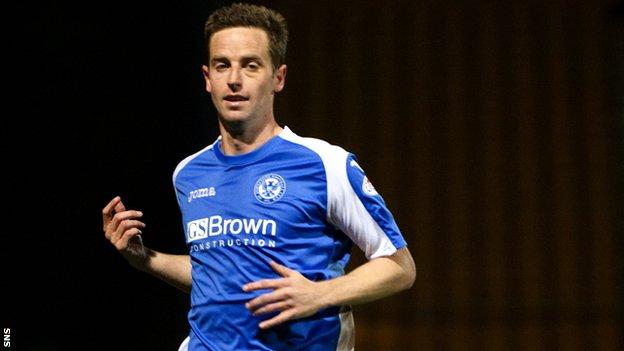 Steven MacLean has signed a contract extension with St Johnstone that will keep the striker at McDiarmid Park until the end of next season.

The 30-year-old has impressed after moving to Perth on a short-term deal, scoring three times.

MacLean has only started four league matches for the Saints, having suffered an elbow injury in late September.

The former Sheffield Wednesday, Cardiff and Plymouth forward began his career with Rangers.

"The club spoke to me about a longer deal before I dislocated my elbow against Dundee and it put things on hold for a while," he told the club website.

"I was thinking the worst and feared I would be out for months. It was a worry because I wasn't sure what way the club would look at it.

"When I came here at the start of September it was the first time in my career that I was in a position where I had to prove myself.

"If that meant taking a short term deal initially then I thought it would be worth it.

"Football clubs are reluctant to take a gamble on players these days, which you can understand and it has helped that the team has been on a good run and it has been easy to settle in with the boys here."