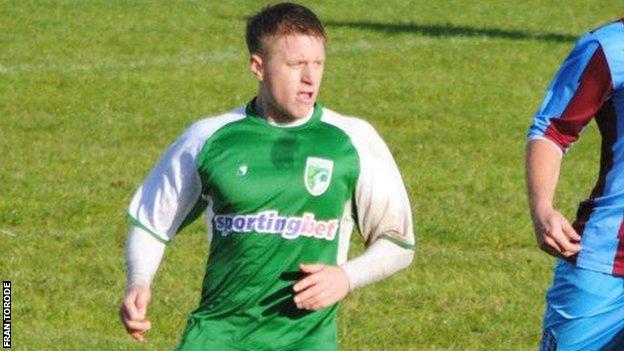 Guernsey FC manager Tony Vance is looking for someone to step up and fill the void left by injured midfielder Ryan-Zico Black.

The former Northern Ireland Under-21 international had surgery on Monday.

"He is so pivotal to our style of play and he makes us tick, so somebody's going to have to step up," said Vance.

"But it'll be a big pair of boots to fill. He'll be sorely missed, there's no doubt about that," he told BBC South West Sport.

"It's a very unfortunate and sad situation, but he's a strong lad and I'm sure he'll be back from this."

With fellow midfielder Ben Coulter leaving the side to go travelling, it means the Green Lions need midfield reinforcements.

"We've lost Ben and now Zico, but we'll do our best to try and cope without them," said Vance.

Meanwhile, Guernsey have been drawn against Erith Town's biggest rivals, Erith and Belvedere, in the third round of the FA Vase.

They are a point clear of Erith Town at the top of the Kent Premier League and beat Frimley Green 5-1 on Sunday.

"The two teams are rivals and are just two minutes apart from one another," Vance added.

"We struggled against Erith and they were a good side, so this pretty much will be another tough challenge.

"Erith were an excellent side and they seem to be matching each other so we know we'll have to be at our best to go through."