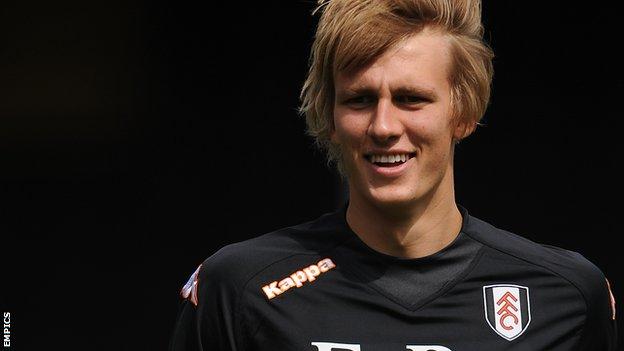 Yeovil Town have extended the loan of Fulham's Daniel Burn until January.

The 20-year-old defender initially signed in September on a one-month youth loan deal, which has now been extended twice.

Burn, who endured an eventful debut for the Glovers, scoring at both ends in a 3-2 defeat by Preston, has so far made 12 appearances for the Huish Park club.

The 6ft 6in former Darlington man's loan will now expire on 7 January, with his final game against MK Dons.