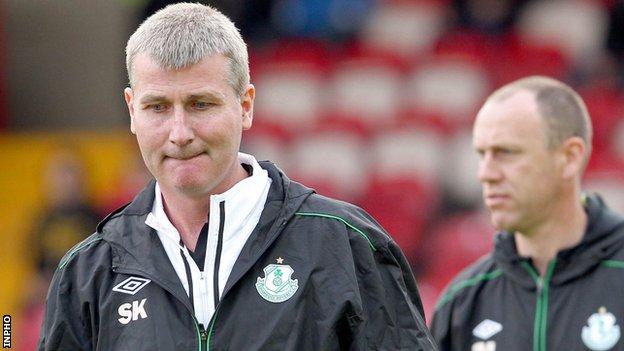 Kenny ended his second spell at Derry in December 2011 to take over at Shamrock Rovers but was dismissed after just nine months with the Dublin club.

Dundalk finished one from bottom last season and saved their top flight status by beating Waterford in the end-of-season play-off.

Kenny guided Bohemians to the Premier League title in 2003.

He also tasted success with Derry, notably in the 2006 Uefa Cup when they beat IFK Goteborg and Gretna before losing out to French club Paris Saint-Germain.

Dubliner Kenny, who had a spell as boss of Scottish Premier side Dunfermline, has agreed a two-year contract at Dundalk.