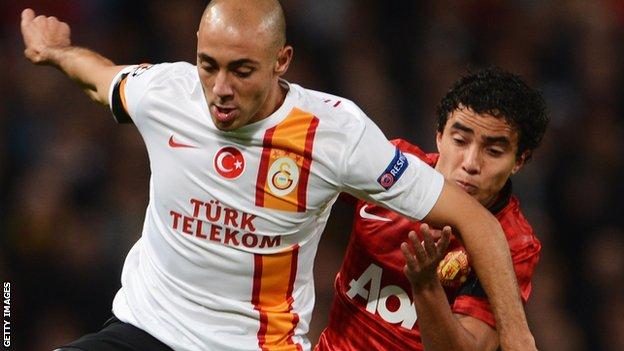 The Turkish side are second in Group H and a victory over the Reds, who have already qualified in top spot, would go a long way to securing second place.

Amrabat, 25, said they will take heart from the Canaries, who beat United at Carrow Road at the weekend.

"If Norwich can beat them, so can we," said the Morocco international.

Amrabat, who played in his side's 1-0 defeat at Old Trafford earlier in the campaign, added: "It won't be easy but everybody needs to give 100% and play from the heart.

"If we want to qualify, this game is a chance for us.

"Generally, we are having an unlucky campaign but we are still in control of our fate."