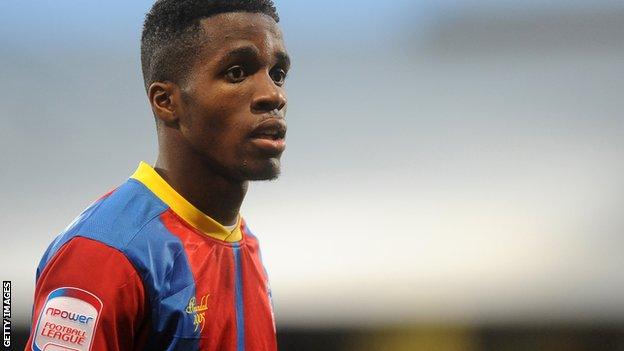 Crystal Palace missed the chance to move back to the top of the Championship after a goalless draw with Hull City at the KC Stadium.

However it was the Tigers, who dominated possession without finding the goal their performance deserved.

Robert Koren missed their best chance of the game when he fired over from close range with the goal at his mercy.

Eagles winger Wilfried Zaha almost pinched a win with the last kick of the game but was denied by David Stockdale.

Hull were close to an opener in the third minute when Koren just failed to get on the end of Robbie Brady's dangerous low cross.

And the Slovenian missed an even better chance in the 24th minute when Ahmed Elmohamady's cross dropped to Koren six yards' out, but he blasted the ball over the bar.

Hull continued to dominate in the second half with Stephen Quinn kept at bay by Palace keeper Julian Speroni while Sone Aluko curled a 25-yard free-kick just over.

Quinn then flicked another Elmohamady cross just off target while Koren missed another opportunity, this time Speroni saving from the midfielder.

But in the dying minutes, the Eagles spurned two chances to steal the win.

Yannick Bolasie shot wide after latching onto a short back pass before Stockdale saved from England international Zaha deep into injury time.

Hull boss Steve Bruce: "We couldn't have played any better, especially in the first half.

"If I had to be critical over the last five or six months, we are creating some really good chances but we don't take them.

"The chances we had in the first half and the crosses we put in were breathtaking. We have had 19 attempts which is a colossal amount. But we haven't taken one and that's key to a game of football. Your team is only as good as its strikers. It concerns me."

Crystal Palace boss Ian Holloway: "They had the better of the first half. I felt we didn't get to grips with their shape and what they were doing.

"I'm relieved to be 0-0 at half-time and in the second half I thought the longer it went on, the more imposing we got. We looked pretty good as the game went on and that is full credit to the lads.

"It's a madness of a trip that we will now get back at 3am after coming up to Leeds [on Saturday]. That computer that does these games needs a right good volley! How can this be a midweek fixture? How can that be?"