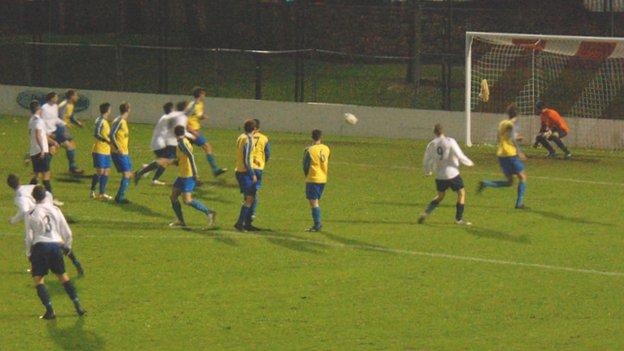 Jersey Scottish moved six points clear at the top of the Premiership with a 6-0 thrashing of bottom club St Ouen.

Anthony Norman sliced into his own net before Luke Campbell's header and Joe Murphy's strike put the Scots 3-0 up at the break.

St Ouen full-back Riki Spriggs was sent off when shown a second yellow card for throwing the ball at a player.

We've got that cushion again from the other teams

Barry Keith scored twice either side of a Rob Moore own goal to seal the Scottish win.

"It's important that we're scoring a lot of goals at the minute and it's another clean sheet," Scottish boss Paul Brannan told BBC Radio Jersey.

"We're exactly where we want to be with six wins from six games and we've got that cushion again from the other teams.

"Our finishing in front of goal was particularly really good."

Scots are six points above but have played a game more.