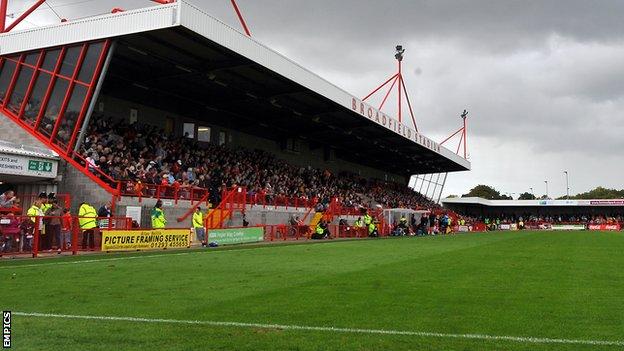 Crawley Town have announced Alan Williams will step down as chief executive at the end of the season.

Williams will remain on the board of directors at the League One club.

He told the club website: "I feel it is time to make way for someone else with a fresh perspective and new ideas to take the club to the next level.

"The board have tasked me with the responsibility of finding my successor. I look forward to working with them to create a seamless transition."

Williams has overseen back-to-back promotions and the development of the Broadfield Stadium during his three years in the role.

Reds co-owner Susan Carter said the board had accepted Williams' decision to step down "with great reluctance".

"Alan has played a major part in the transformation of the football club over the last three years," she said.

"His input, enthusiasm and dedication is recognised and appreciated by everyone.

"I'm sure all our supporters will join me and my fellow directors and shareholders in thanking Alan for the part he has played in the development of Crawley Town since he came to the club."