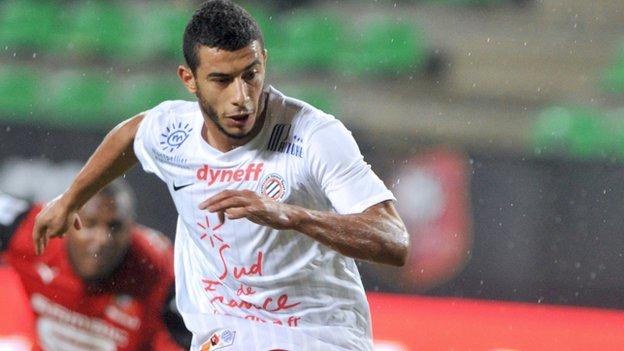 When the legendary Zinedine Zidane is praising your talents, you know that you're doing something right as a footballer - and young Younes Belhanda has certainly enjoyed a year to remember.

The 22-year-old was one of the key players in Montpellier's French Ligue 1 title success last season, the first for the club in nearly a century of existence.

Playing in an advanced role behind striker Olivier Giroud, the stocky Moroccan scored 12 goals in 26 games - seven of which came in the run-in to the title after his return from January's Africa Cup of Nations.

Blessed with good technique, excellent vision and a fine shot, Belhanda was one of Morocco's stand-out players during the 2012 Nations Cup - impressing with his all-round game, while scoring the winner against Niger and setting up another against Gabon.

But it was his starring role in Montpellier's maiden title that catapulted him into the limelight and his performances earned him a place in Ligue 1's Team of the Year as well as its Young Player award.

The latter honour has previously been bestowed upon the likes of Eden Hazard, Franck Ribery, Thierry Henry and Zidane himself, so Belhanda is in esteemed company.

Montpellier have struggled to retain their form this season but the former French youth international is holding his game together - scoring four goals from 10 league games - and two goals in four Champions League games as he savours the top table of European football for the first time.