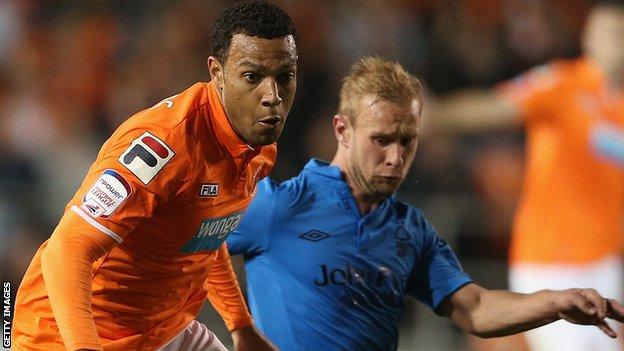 Blackpool's Matty Phillips has had surgery on a toe injury that is likely to keep him out until January.

The 21-year-old tore a muscle in his big toe and required an operation to correct the problem.

Winger Phillips tweeted a picture from his hospital bed, along with the message: "Operation was a success."

The Scotland international, who after a £5m bid from Southampton in the summer, has played 17 times this season.

He has scored twice in his 16 club appearances, while he also made his competitive debut for Scotland in a World Cup qualifier against Belgium last month.

Phillips won his first international cap in May, shortly after Blackpool's defeat by West Ham in the Championship play-off final.

Speaking after newly-appointed said the loss of Phillips - as well as striker Gary Taylor-Fletcher who suffered a hamstring injury - had made it a difficult start to his reign at Bloomfield Road.

"Losing both Matty and Gary after your first game isn't an ideal situation," said Appleton.

"I was probably bemoaning my luck a little bit, but I thought the lads that came in did well and it will only benefit them for the next few games coming up."