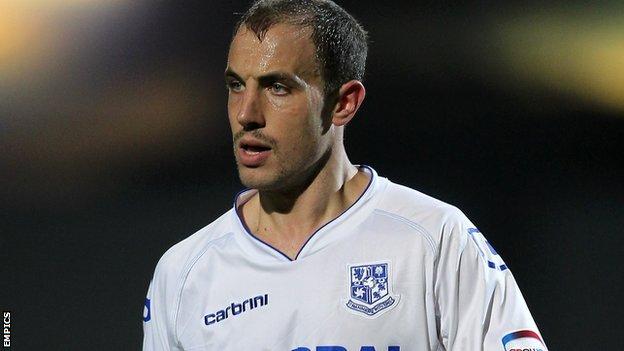 The 28-year-old completed the move in time to start Tuesday's home clash against fellow strugglers Bury.

McChrystal, who is a former Northern Ireland Under-21 international, has made 41 appearances for Rovers since joining from Derry City.

Reid is banned for three matches after failing to overturn his red card against Notts County on Saturday.