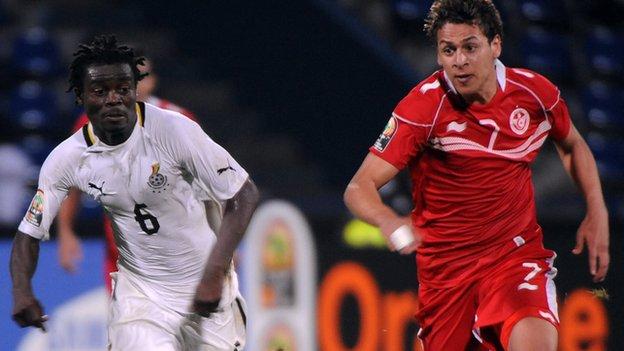 Ghana have lined up an international friendly match against Tunisia in preparation for the 2013 Africa Cup of Nations.

The Black Stars will take on the Carthage Eagles in Abu Dhabi on 13 January.

GFA President, Kwesi Nyantakyi, said the size of the opponent so close to the tournament highlights the desire to succeed in Africa's showpiece event.

He said: "We want to leave no stone unturned in our preparation so a match against one of the top sides in Africa, like Tunisia, will give the Black Stars the needed test for the Nations Cup."

Ghana are four-times winners of the continental competition, but have not lifted the cup since 1982.

Ghana will be training in the United Arab Emirates in preparation for the Cup of Nations, which is to be held in South Africa from 19 January.

The Black Stars are drawn in Group B along with Mali, Niger and DR Congo and will be based in Port Elizabeth.