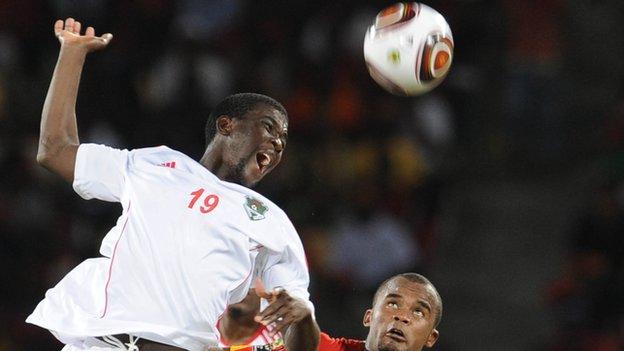 Two Malawi players who went on an all-night drinking session have been sent home ahead of the Cecafa Challenge Cup, which starts in Uganda on Saturday.

Midfielders Frank Banda and Davie Banda were expelled on Monday after the technical panel discovered the two had sneaked out of the team's training camp on Sunday night.

"We got a report that the two left camp on Sunday night and only returned in the early hours of Monday morning," he said.

"As a national team we insist on discipline so a meeting of the technical panel decided to send them home."

The incident followed the expulsion last week of another midfielder, Peter Pindani, due to club indiscipline.

Coach Kinnah Phiri said the absence of the three players will not heavily affect the team's preparations for the Cecafa Challenge Cup.

"I have capable replacements and - who knows - the absence of the indisciplined players will give a chance for new talent to shine.

"I have no regrets in sending indisciplined players home because such people can even work against their own team in crucial games."

Malawi, who have been guests at the tournament for the past three years, have been drawn in Group C alongside Rwanda, Zanzibar and Somalia.