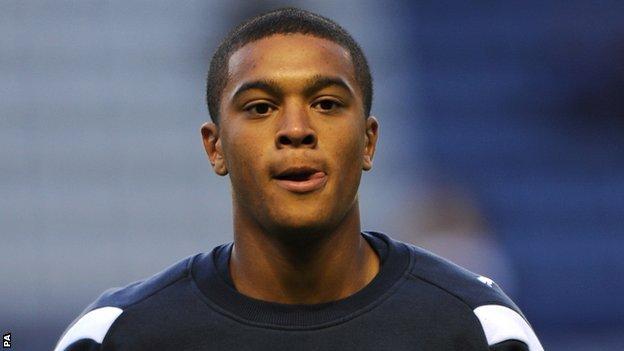 The 20-year-old has been brought in by the Blue Square Bet Premier side after scans confirmed that forward Ben Wright had torn knee ligaments.

Rovers manager David Hockaday said: "We first saw Nathaniel last year when he was on loan at Newport.

"He's very quick and powerful and because he's played at this level he knows what to expect."

Nathaniel's young, hungry and keen to come and fight for a place

Jarvis will be available to play in up to nine games before the deal expires.

The striker played in Cardiff's pre-season friendly against Forest Green in July but has made just one first-team appearance for the Bluebirds this season, coming off the bench in their League Cup loss to Northampton.

Jarvis spent much of last season on loan at Newport County. He scored six times in 31 league appearances, including the opening goal in their 1-1 draw with Forest Green at The New Lawn last September.

Hockaday said: "Unfortunately, Ben Wright has damaged both the posterior cruciate ligament and medial ligament in his knee, so will be out for a minimum of three months.

"The Christmas and New Year period is always a tough period with a lot of games in a short space of time.

"Nathaniel's young, hungry and keen to come and fight for a place."

Jarvis joined Cardiff's academy aged eight and signed professional terms with the Bluebirds in July last year. He previously had a loan spell at Southend United, where he made his senior debut.