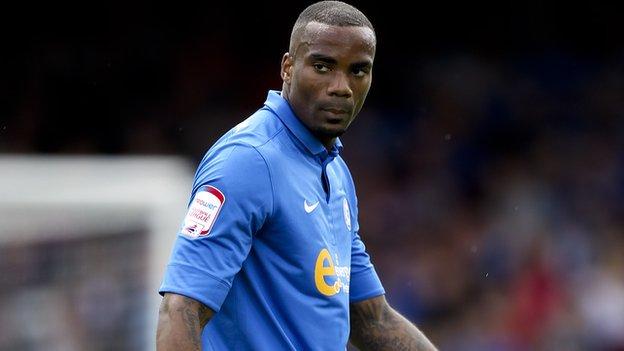 Sinclair, 24, who was one of four players transfer-listed by Posh last week, has scored three goals in 13 games this season.

The former Nottingham Forest man joined Peterborough from Macclesfield in August 2011 for an undisclosed fee.

"I like the deal because it gives us another option," Tykes boss Keith Hill told BBC Radio Sheffield.

"With having Marcus Tudgay and Craig Davies back and fit I think it's great that we've been able to bring him in.

"You want to have alternatives because you can't keep going with the same players every week.

"Recruitment is key for us and I'm still looking to strengthen in midfield because we are a bit light there."

He is the second striker brought in by the Tykes in a week after Marcus Tudgay arrived on loan from Forest.

Peterborough boss Darren Ferguson cited "football reasons" for making Sinclair available for transfer after withdrawing initial sanctions on the striker and Gabby Zakuani, who was removed from the list.