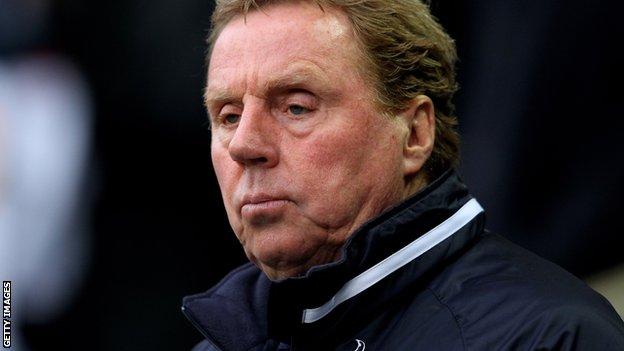 Ukraine want former Tottenham Hotspur manager Harry Redknapp to take charge of the national team, according to a statement on the federation's website.

"He has lots of experience, coaching talent and knows how to motivate," he said.

"In whatever team he led Redknapp very quickly improved the quality of the play and achieved significant progress.

"Today he is an expert in the game and one of the best English coaches."

Ukraine had sought to appoint striker Andriy Shevchenko but have now turned their attention to Redknapp after the former Chelsea and AC Milan player said it was a "premature step" for him.

"The presidium took the decision to begin talks with Redknapp's representatives relating to him working in the post of chief coach of the national Ukraine team," added the FFU statement.

Redknapp, 65, was sacked by Spurs in June after almost four years in charge.

He was heavily linked with the England national team as a successor to previous coach Fabio Capello, who resigned in February, before Roy Hodgson's appointment.

Redknapp returned to League One club Bournemouth, the club he managed for nine years from 1983 to 1992, in an advisory capacity in September but is thought to be no longer at the club.

They are 55th in Fifa's world rankings.