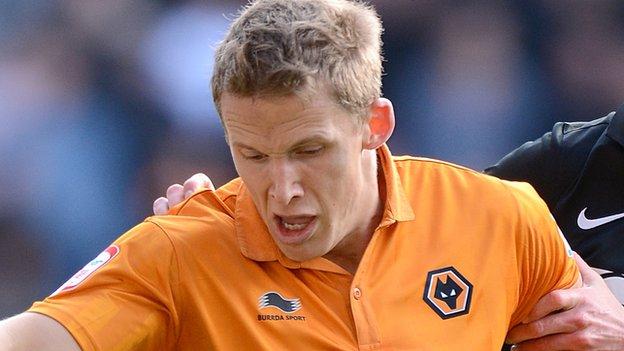 Wolves defender Christophe Berra has had his red card in Saturday's 2-1 defeat at Watford overturned by the Football Association.

The 27-year-old Scotland international was sent off by referee Graham Scott for a first-half challenge on Watford striker Troy Deeney, who went on to hit his side's winner in a 2-1 victory.

But, after an appeal, Berra will not now have to serve his one-match ban.

He is now free to play in Saturday's home game against Nottingham Forest.

Luckless Wolves will go into the Forest game on the back of an injury-hit, seven-match winless run, which has seen them slump from the Championship top three to 16th.