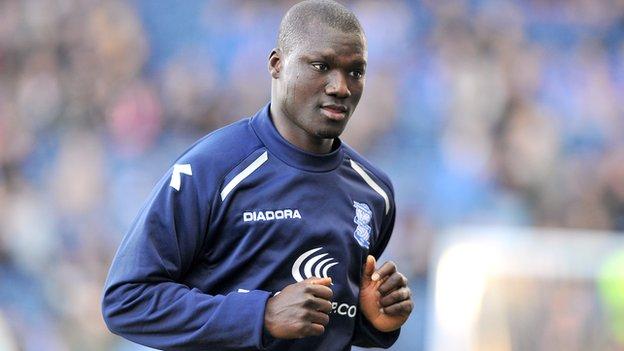 The 34-year-old former Fulham and West Ham midfielder is yet to make his City debut since receiving international clearance to join Blues last month.

But he remains part of manager Lee Clark's plans and has signed another contract taking him up to 17 December.

Blues are currently 19th in the Championship table after winning only one of their last six home games.

However, they are seven points clear of the relegation places and in contrast to their home form, they are on a run of three games without defeat on the road ahead of Saturday's televised trip to Derby.

He spent three seasons at Craven Cottage, playing alongside Clark in midfield, before moving in 2008 to Portsmouth, where he was part of the FA Cup-winning side in his first season with the club.

Having also lifted the 2011 Greek Cup during a year-long spell with AEK Athens, he returned to England last season with West Ham.

He played 16 times but rarely figured after Christmas in the Hammers' promotion run-in and was released in the summer.