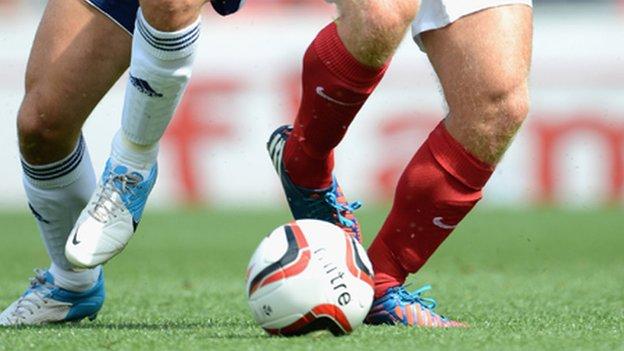 A striker for Isthmian League side Concord Rangers has taken his goalscoring tally to 13 in two matches.

He had to settle for a place on the bench in their league match at the weekend but was recalled to the team for a Isthmian League Cup tie at Redbridge on Tuesday.

Hallett scored a double hat-trick inside 66 minutes as his team went on to win 9-0.

Concord Rangers, who are based on Canvey Island, have themselves scored 28 goals in their last four games.