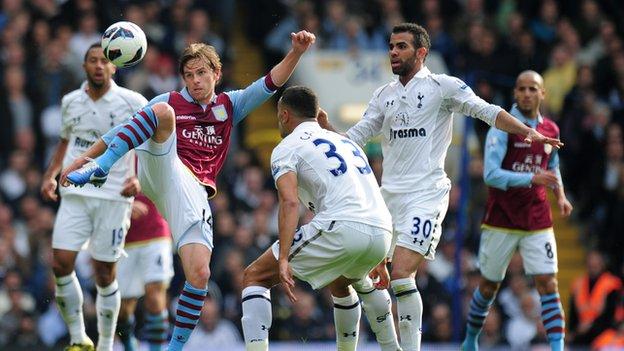 Aston Villa's Brett Holman is "honoured" to have been named Australian footballer of the year by his country's football federation.

The 28-year old midfielder accepted the award via video link from the UK to a ceremony in Sydney.

He has made 13 appearances for Villa since joining from Dutch club AZ Alkmaar on a free transfer in June.

"It has been a long, hard road and a battle, but I've achieved some great things in 2012," said Holman.

His award recognises his efforts with AZ Alkmaar at the end of last season, which helped them to secure fourth place in the Eredivisie.

Holman has made eight Premier League starts for Villa, picking up the club's player of the month for September following strong performances against West Bromwich Albion and Swansea.

Since making his international debut in 2006, he has won 53 caps for Australia, scoring eight goals.