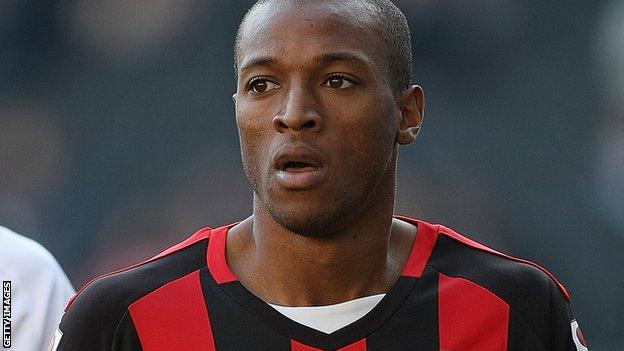 Blackpool have beaten the loan deadline to sign striker Wes Thomas on loan from Bournemouth until 1 January.

The Seasiders, 12th in the Championship, will be for the foreseeable future.

And manager Michael Appleton has turned to Thomas, who under Appleton earlier this season, to fill the void.

Thomas, 25, scored three times in seven games during his stay at Fratton Park.

But he has played only 19 minutes of first-team football since his return to the Goldsands Stadium and has found his path to regular football with the Cherries blocked by who returned to the club on loan earlier this week.

Ex-Cheltenham and Crawley man Thomas will be available to make his debut against Watford on Saturday.