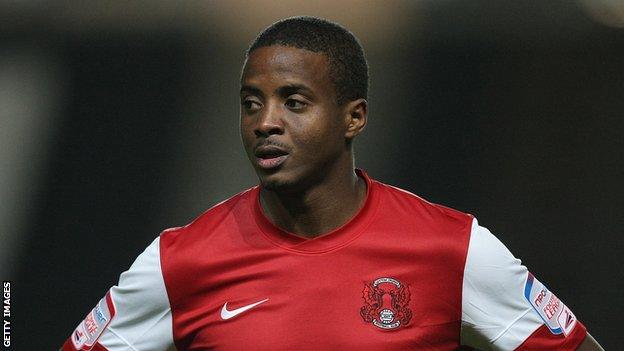 Leyton Orient boss Russell Slade says Kevin Lisbie's return from his injury lay-off has been a major factor in their recent upturn in form.

The O's have won their last four games in all competitions, with 34-year-old Lisbie scoring four goals.

Slade told BBC London 94.9: "The ball sticks [to him] and he allows us to get up the pitch. He's clever. He makes good runs and stretches the back four.

When we were going through those rough times I didn't think we were miles away. It shows what a fine line it is

"There are so many things to say about what he can do."

Orient had lost four of their five recent League One games while the former Charlton and Colchester man was sidelined for a month with a hamstring injury.

"Even when we were in that spell we were looking forward to getting him back. He is a very important part of our side."

The east London side had recorded just one win in seven league matches but having now won their last three games, they are now seven points off the League One play-off places.

"It's a credit to the players and a big turnaround. It's what we we needed and what we were seeking.

"When we were in that losing spell, nobody felt sorry for us. People just rammed it down our throats.

"I've asked my team that when we've got our foot on somebody's throat, not to let it up and finish them off."