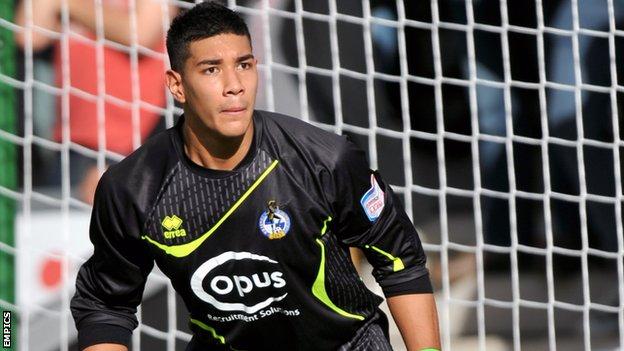 Fulham have recalled Neil Etheridge from his loan spell at Bristol Rovers.

The 22-year-old keeper was scheduled to stay with Rovers until January but will now go back to the Premier League club when he returns from international duty with the Philippines.

He claimed the number one jersey during his time at the Memorial Stadium but kept just one clean sheet in 12 games.

Meanwhile, Rovers have been boosted by the news defender Tom Parkes's injury is not as bad as first feared.

The 20-year-old was carried off on a stretcher with an ankle injury during Tuesday's 4-0 defeat by Port Vale.

He was immediately taken to hospital and it was initially thought he had fractured a bone, but scans revealed he had incurred a bad sprain.