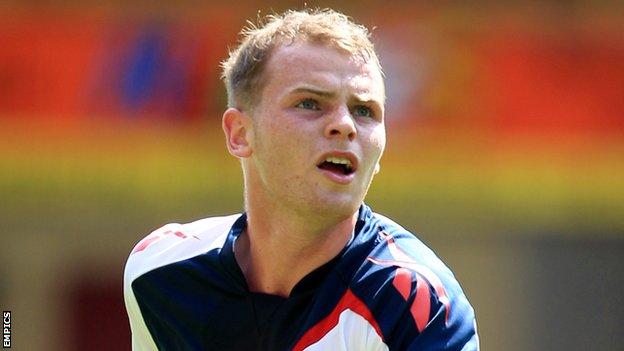 The 20-year-old started his sixth game for the Reds in their 1-0 defeat by Yeovil on Tuesday.

He told BBC Sussex: "I've always been a centre-half since I was younger, but I've said to the manager I'll play where he wants me to.

"I've had to wait for my time to get back in the team but hopefully I haven't done too badly."

I've been at bigger clubs where you went in, did you training and went home. There's a real togetherness here and I'm really enjoying it

The former Wolves and Bolton youngster, who joined Crawley on a two-year deal in the summer, says his return to the side was soured slightly by the club extending their winless run in League One to five games.

"I was happy to get back in the side but the result was a big blow for me and the lads," the Irishman said.

"We are absolutely gutted but we will bounce back. We've got the players in the dressing room and the manager will push us on.

"I think the main thing for Crawley is to get the performances and the results.

"When you're sitting on the bench you're annoyed you're not playing, but as long as the lads are doing the job on the pitch, you're happy."