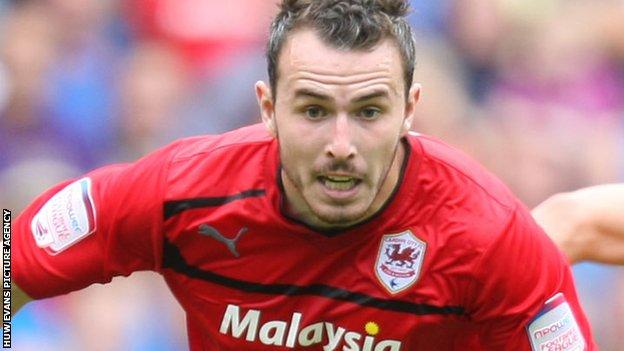 Mutch has not featured for Cardiff's first-team since the victory over Millwall but scored in a 60 minute appearance at Cardiff City Stadium.

Manager Malky Mackay had previously said Mutch would not be rushed back into action.

"It's been a long time, but I'm thankful to be out there," Mutch said.

"If it happens, it happens, but I want to play a part in keeping this team on a run and up there at the top end of the table.

"It's been good watching the boys win, but also frustrating as I wanted to be out there and playing. As there's nothing more I enjoy doing than playing football."

The 20-year-old midfielder joined Cardiff City on a free transfer from Birmingham City during the summer.