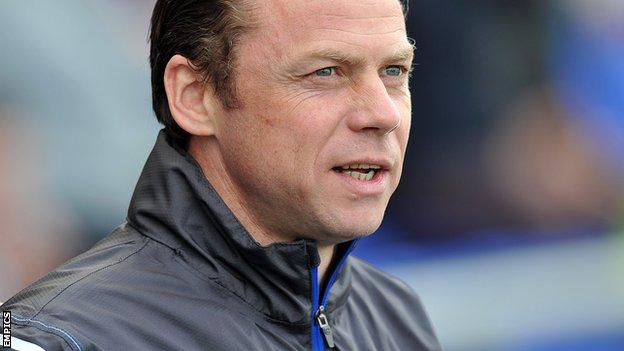 Paul Dickov is hopeful that Oldham's win at Hartlepool will ease the pressure on his position as manager.

Chairman Simon Corney was after a series of poor displays, which had left the club struggling in League One.

But a lifted Dickov's men out of the drop zone.

"I'm not stupid," he told BBC Radio Manchester. "I know that if you've not won in three and you're sitting in the bottom four, you'll be under pressure."

The former Scotland striker, 40, added: "I know the fans or the board won't be happy, but there's nobody more unhappy than me when we lose games.

"I put everything in that I can and I'll continue doing that because I believe I'll make a success of it."

Jose Baxter's brace was enough for Oldham to register their first league victory since 20 October.

"We had three straight defeats, which isn't nice, but before that we had a fantastic run of one defeat in seven games so I know how quickly things can change," continued Dickov.

"It was important that we had a really positive performance. I told the players to get a bit of pride back [after losing 4-1 at Bournemouth on Saturday] and they did that."