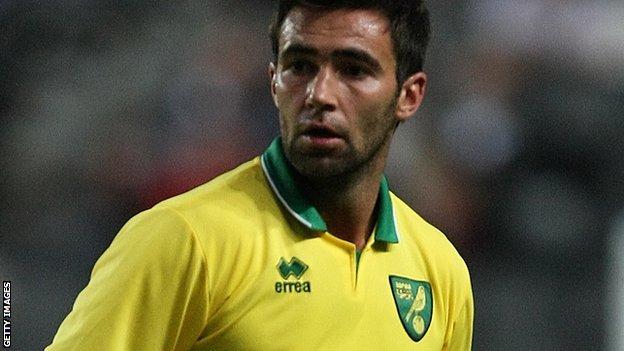 The 29-year-old, who can play as a left-back or in midfield, will be available for Cardiff's Championship game at Barnsley on Saturday.

The ex-Scottish Under-21 international, who started his career at St Mirren, joined Norwich for £100,000.

Cardiff manager Malky Mackay has been keen to strengthen the squad following a number of injuries.

Lappin, who has played over 100 games for Norwich, spent a loan spell at Motherwell during the 2007-08 season.

He scored on his only appearance for the Canaries so far this season, in August's Capital One Cup tie against Scunthorpe.

Lappin's loan deal will run until 1 January, including the New Year's Day trip to Birmingham City.

However, under the terms of the loan, Norwich can recall Lappin after 28 days.