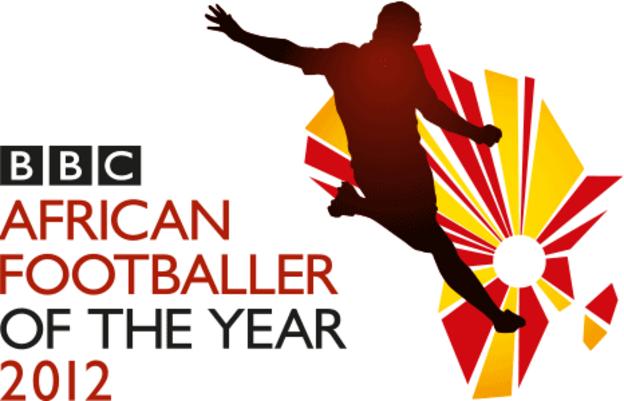 The BBC African Footballer of the Year 2012 will be announced on Monday, 17 December.

The nominations for the five man shortlist were drawn up by leading football experts throughout Africa, where the experts were asked to name their top three contenders in order of preference.

They are asked to select their nominations on the following criteria: individual skill; technical ability; teamwork; consistency; impact on results and fair play.

The shortlist will be announced during Newsday on 22 November at 0545 GMT on BBC World Service. It will also appear at www.bbc.com/africanfootball

In the event of a tie in the nomination process, the African Footballer of the Year production team reserve the right to extend the shortlist to a maximum of six.

Once the shortlist is published, the award will be decided by public vote. The public may vote either online through the website or by SMS.

The number of online votes will be added to the number of text votes and the final result will be available on the BBC African Footballer of the Year website along with all terms and conditions.

2. The winner will receive an inscribed trophy and be awarded the title BBC African Footballer of the Year 2012.

3. The shortlist for the BBC African Footballer of the Year will have been drawn up by a panel of football experts from throughout Africa.

4. The criteria on which the shortlist will have been drawn up is as follows: individual skill, technical ability, teamwork, consistency, impact on results and fair play.

5. The shortlist will be put to the public vote via SMS text and through the BBC African Footballer of the Year website and click here.

6. The number to text for all contenders will be the same and will be revealed at 0545 GMT on 22nd November 2012 and be broadcast on-air and published on the voting website. For each contender, there will be a keyword or number that will need to appear at the beginning of the text votes.

7. In the UK, text messages will be charged at the standard rate of your service provider. Charges for other countries may vary, so please check with your network provider. Please be sure you carefully key-in only the key word or number of the nominee you wish to vote for. Any text message received without a correct keyword will not count as a vote but the message will still be charged. You must obtain the bill payer's permission before voting.

9. The deadline for voting is 1830 GMT on Thursday 13 December 2012. Please do not text before the lines open, or after the lines have closed, as your vote will not be counted, but you the message will still be charged.

13. No ineligible entries will be considered. The BBC reserves the right to disqualify votes if it has reasonable grounds to suspect that fraudulent voting has occurred or if it considers there has been a deliberate attempt to manipulate the result

16. All voting will be overseen by BBC Africa and BBC Sport online.