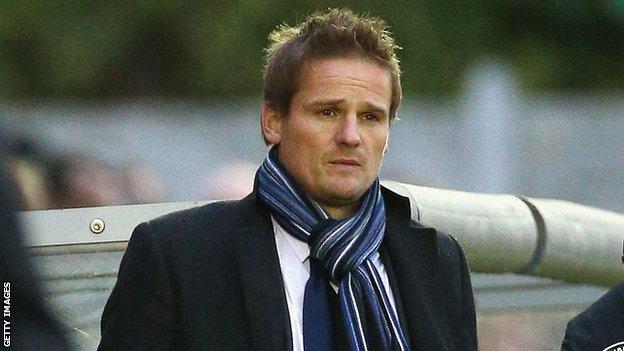 AFC Wimbledon manager Neal Ardley has criticised his side for lacking character following their 4-0 defeat at home to Southend.

He told BBC London 94.9: "I haven't got enough characters out there who are willing to do what needs to be done to win a game.

"At the moment I've got to somehow find a way to pick these boys up and turn it on its head."

The Dons have now lost half of Ardley's eight league games in charge since taking over from Terry Brown.

"We had a game at Exeter a few weeks ago where we were poor but this was the worst," he added.

"It is [about] how you come back from these things.

"It was painful but it was probably just as bad for the fans.

"It's not good enough. It's an accident waiting to happen with our boys at the moment.

"There's not too much more I can do than pick them up. I can't defend them for that performance."

Ardley denied that his squad were distracted by their upcoming FA Cup second round tie against MK Dons.

"That performance has got nothing to do with a Cup game," Ardley said.

"It's everything to do with players playing for themselves and not for the team and not doing what we've asked of them.

"We'll point out the bits we need to do better and try and get them going into the next game with a different mindset."