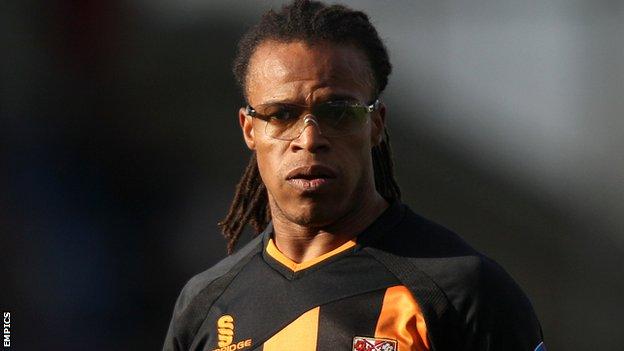 Barnet joint-head coach Edgar Davids is not concerned the side have slipped to the bottom of the Football League.

The Bees have only lost one of their last seven league games but are bottom after their 2-2 draw against Oxford.

He told BBC London 94.9: "I really see a lot of positive things to go ahead with in the things we are doing right now and the system we play.

"It's going to be like a little dance. I'm not really worried. I am happy with the progression."

Davids, who has made seven appearances for the north London club since joining last month, felt his side should have beaten Oxford.

"I'm not really happy with a point," the former Netherlands international added.

"We had a possibility to win the game but we weren't sharp at two set-pieces.

"The referee didn't have his best game today and made some strange decisions."