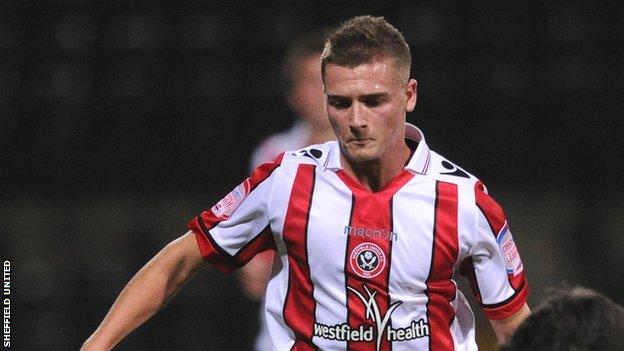 Burton Albion have extended the loan deal of winger Jordan Chapell from League One side Sheffield United.

The 21-year-old originally joined on a month-long contract in October but will now be with the Brewers until after the game against Barnet on 20 December.

Chapell has made three appearances while at the Pirelli Stadium, scoring once in the draw against Port Vale.

He has played two games for the Blades, including this season's win over Notts County in the Johnstone's Paint Trophy.