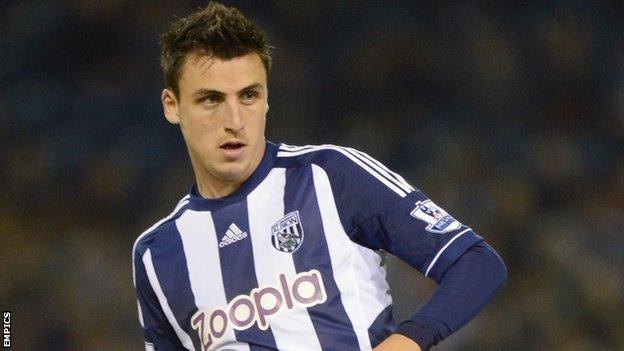 The 19-year-old has made two League Cup starts this season, taking his total of Albion appearances to 10.

He spent the majority of last term on loan at Portsmouth, playing 14 times before suffering an ankle injury.

He was a member of England's Under-17 European Championship-winning side in 2010 and subsequently broke into the U19s, going on to earn 20 caps.

Thorne, who can be recalled by Albion after 28 days, has featured five times in the Premier League, with his only start coming in a 1-0 loss at Tottenham last season.

He joins West Brom club-mate Saido Berahino, who is also set to return to The Hawthorns in early January, at London Road.