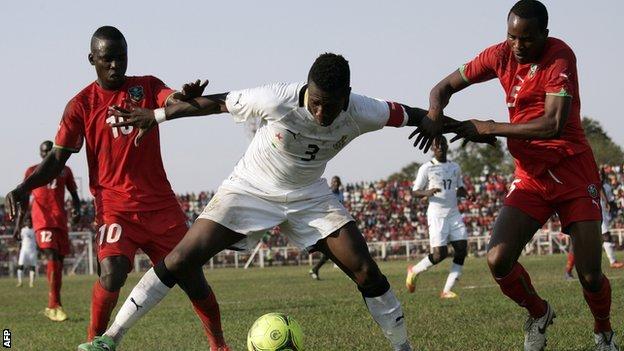 Malawi coach Kinnah Phiri has included five new faces in his 20-man squad for the Cecafa Challenge Cup in Uganda.

Right-winger Mician Mhone has found a place in the national team having impressed at his local club Blue Eagles.

"Malawi has struggled on the wings for years due to lack of a natural winger but in Mhone I believe the Flames have found a solution.

"He is definitely going to be the man to watch at the Cecafa tournament. I watched him train and realised the young man has got great talent"' said Mponda.

Phiri says the team will aim to reach the final and even win the trophy. However, he admitted that the absence of two senior midfielders Frank Banda and Davie Banda - who were sent home for indiscipline - will be felt.

The Flames coach told BBC Sport: "They are senior players and have been with the team for a long time which means they know how I always want the team to play.

"However, I would rather have the young players who have discipline than having senior players whose behavior is rotten.

"The local league is very competitive this season and in so doing producing some good players who I think will have something to prove in Uganda."