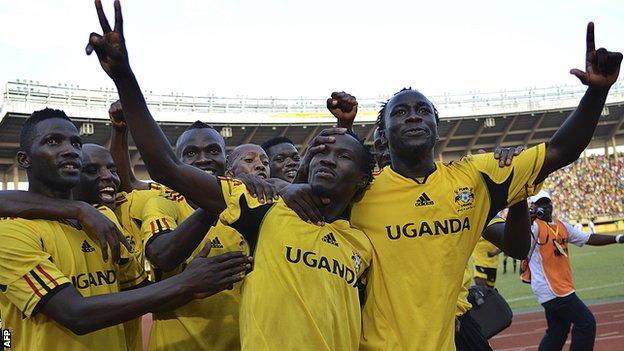 Uganda coach Bobby Williamson has named the 20-man squad which he hopes will successfully defend the Cecafa Challenge Cup, but he is also wary of expectations being too high.

Former Turkey-based midfielder Hassan Wasswa will skipper the team on home soil, while Abey Dhaira - who plays his club football in Iceland - will be vice-captain.

The Cranes will begin their campaign against arch-rivals Kenya on 24 November. This follows the tournament's opening match earlier in the day, involving Ethiopia and newcomers South Sudan.

"Although some players have been dropped, we have also included many young players because we are building for the Chan qualifiers and the senior team as well," said the Scottish-born coach, who has won the regional competition three times in the last four years.

Williamson understands that Ugandans will be eager for the team to retain the trophy, but insists players must not be put under undue pressure, rather be able to express themselves with confidence.

The President of the Confederation of African Football (Caf), Issa Hayatou, who arrives in Uganda on Thursday, is expected to watch the opening matches. He will be the first Caf President to visit the country in 25 years.

Hayatou is also set to meet with top government officials during his stay, to discuss the state of football within the country.