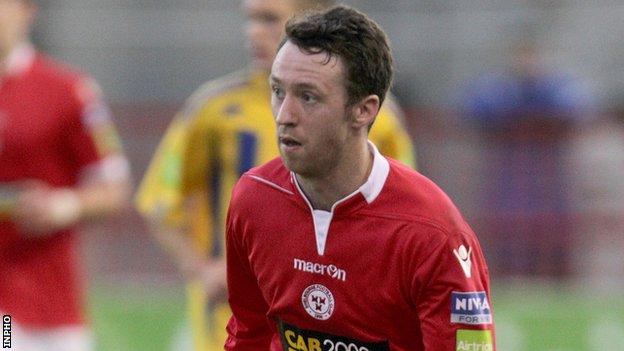 The 26-year-old Dubliner joins from Shelbourne having previously played for Shamrock Rovers - where he won league titles in 2010 and 2011.

The Dubliner, who earned a Republic of Ireland Under-23 cap in 2007, has also previously had spells at UCD, Birmingham City and Bray Wanderers.

Kavanagh did train with Birmingham's first-team squad during his period in England but didn't manage to get a game for Steve Bruce's side.

After helping Shamrock Rovers win league titles in 2010 and 2011, he signed for Shelbourne last January.

Derry finished fifth in this season's Airtricity League but they ended their campaign on a high note by beating St Patrick's Athletic in an exciting FAI Cup final.