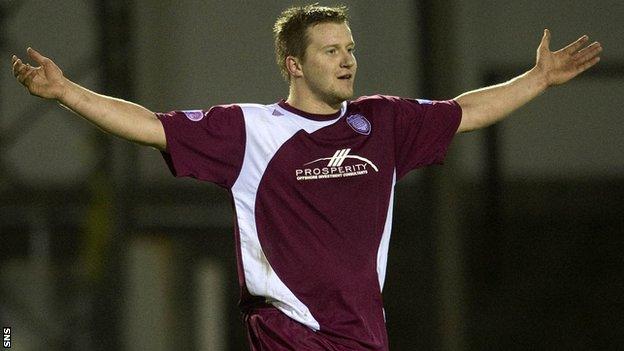 A 92nd-minute goal from Steven Doris denied Stranraer their first away point of the season as Arbroath snatched a late victory at Gayfield.

The Second Division's bottom club, went into the encounter having lost all five of their games on the road so far this term, scoring just twice in the process.

And, following an open and entertaining start to proceedings, Stranraer's hopes of breaking their duck did not look promising as Paul Currie volleyed home well from 18 yards on 23 minutes.

Derek Holmes headed against a post as the home side almost doubled their lead immediately.

And the miss proved costly just two minutes into the second half as Robert Love converted Sean Winter's left-wing cross from close range to level matters.

Chances dried up after the break but, as both sides looked set to finish with a point, Doris smashed home Mark Baxter's cross to steal the points with almost the last kick of the game.