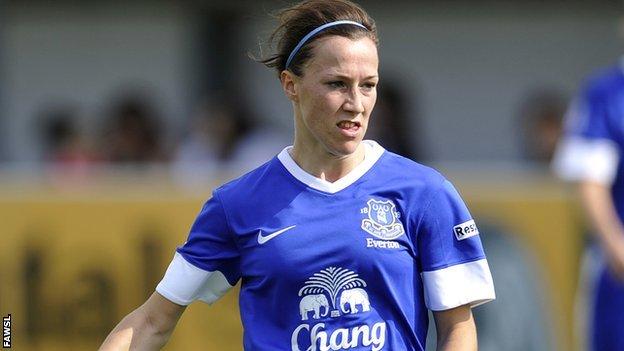 The 21-year-old is the third player to leave the Blues and cross Merseyside after Fara Williams and Natasha Dowie made the move earlier in November.

The former Sunderland full-back was at Everton for two years and scored two goals last season, one in a 2-1 win over Liverpool in Widnes.

Bronze has played for England at all levels including the under-23's.

The Liverpool revolution has been led by manager Matt Beard, who was appointed in August, with the club looking to end a sequence of two bottom-of-the-table finishes in the WSL in the past two seasons.

Everton changed their manager last week, with Mo Marley stepping down and her assistant Andy Spence taking over, but have now lost three players to their local rivals and England midfielder Jill Scott is considering her future.

However, the Blues are expected to add to their squad and Liverpool are also anticipating more recruits as they look to challenge champions Arsenal for honours and gain a Champions League place in 2013.