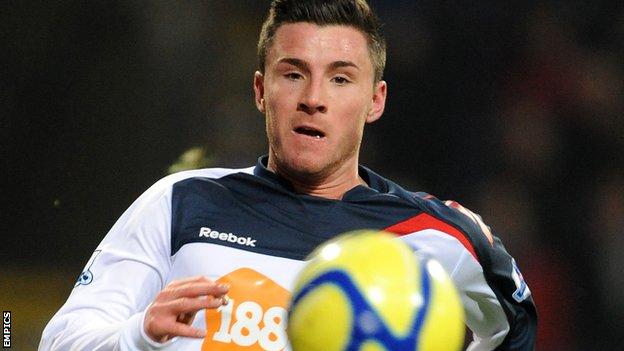 O'Halloran, 21, earlier this season and his arrival eases Tranmere's injury crisis in attack.

Daniels, 18, has yet to play a match at senior level.

Both players have joined the League One leaders until January and are available to face Stevenage on Saturday.

BBC Radio Merseyside reports that boss Ronnie Moore made a fresh bid to take but was unsuccessful.

He made a second attempt to sign 34-year-old Lowe, who has been told but the two clubs were unable to reach agreement.

The League One leaders have now turned to O'Halloran, who has made just two appearances from the bench for Bolton and came on as a late substitute for Sheffield United in last season's League One play-off final defeat by Huddersfield.

Moore told the club website: "We're short on attacking options so Michael is a welcome addition to the squad. I've watched him a few times. He's got pace and he can score goals.

"Donervon will add to our options. He's only young but he's done well in West Brom's under-21 side. He's big and strong and I look forward to working with him."