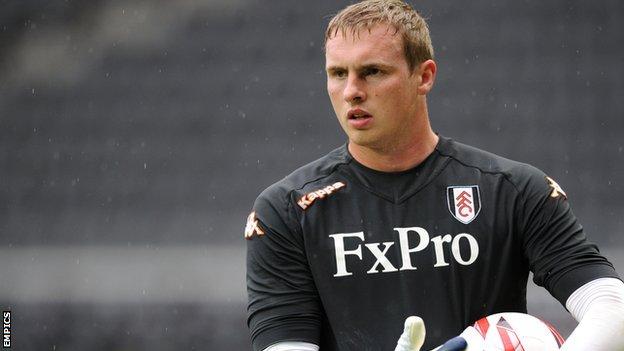 The 27-year-old spent the start of last season on loan in the Championship with Ipswich, making 18 league appearances for the Blues.

Stockdale has also had loan spells with Plymouth, Leicester and Rotherham since joining the Cottagers in 2008.

He could make his debut for the Tigers in Saturday's home match against Burnley.

Stockdale's arrival will see him compete with Manchester United loanee Ben Amos for the number one spot at the KC Stadium.

Amos has been ever-present for Steve Bruce's side so far this season but has conceded four goals in his last two games.