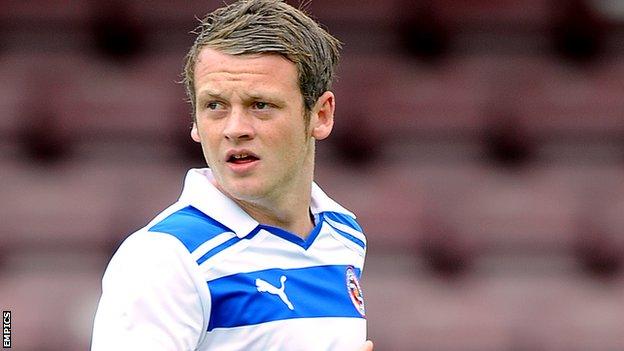 Cheltenham have extended the loan deal of Lawson D'Ath, while Reading team-mate Jake Taylor has also joined the League Two club until 2 January.

He scored on his debut for the Robins in a 3-0 win over Exeter, but a knee injury has kept him sidelined for the past three weeks.

Fellow midfielder Taylor, 20, is a Wales Under-21 international who came through the Reading academy.

He was loaned out to Aldershot last season before joining Exeter, where he scored three goals in 30 appearances.

Taylor will go straight in to Mark Yates' squad for the game with Barnet on Saturday while D'Ath is expected to be fit for the FA Cup tie with Hereford on 3 December.