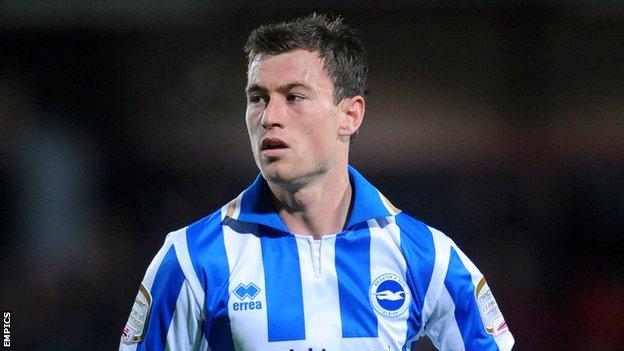 He told BBC Sussex: "It's all right but I want more. It's not going to be good enough until I do get more.

"I shouldn't be complaining about the positions I've been playing in but I still should be finishing the chances I do get."

He added: "Last week I had a glorious chance which I should have put away.

"That happens in football but you need to take them.

"You look at it and just want to put it right. Hopefully they'll come soon and I'll go on a run again."

The Seagulls welcome Bolton Wanderers to the Amex Stadium this weekend and Barnes expects the relegated side to pose a difficult challenge.

"They're a massive club and it's brilliant for the fans and us to play against ex-Premier League teams," he said.

"They have a great team and with Dougie Freedman going there he will want to get into them the way he wants to play.

"It's good to test yourselves against teams like this. We know we are all capable of being at that [Premier League] level eventually and it's where we all want to be."