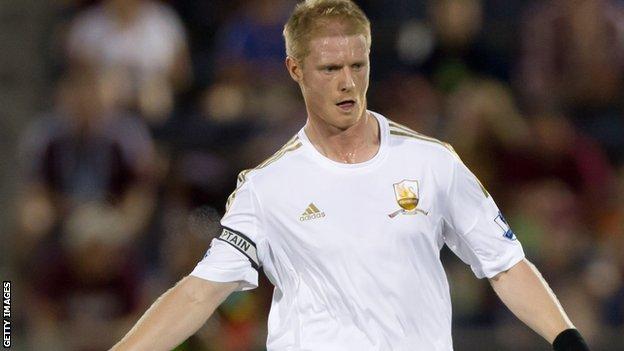 Tate, 30, has made 325 appearances for the Swans but has not played this season since the defeat by Everton on 22 September.

Thomas, 29, who has previously played for Arsenal, QPR, Charlton and Portsmouth, has not featured for the Baggies this season.

Both players are likely to play against Crystal Palace on Saturday.

Leeds manager Neil Warnock told the club website: "Jerome is a player I've tried to sign five times so it's about time I finally got him.

"He is just what I'm looking for and I want him to come here and enjoy himself.

"He's direct and positive when he's attacking and fits the bill as just what we want."