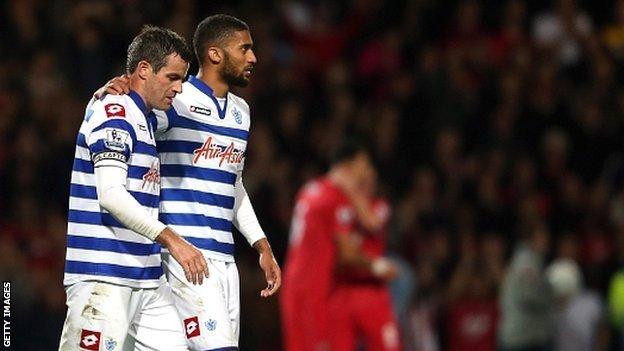 QPR are without a win in 12 games this season and are currently bottom of the Premier League table.

"When the pressure is on, players have to take responsibility," Nelsen told the club's website.

"Every player's got to hold their hands up and do everything they can to get this club out of where we are."

Nelsen has played in all of Rangers' games this season, and is one of the few players to escape the wrath of QPR fans frustrated by their club's winless streak.

At last week's 3-1 defeat by fellow strugglers Southampton, supporters were heard chanting 'you're only here for the money' and 'Ryan Nelsen, he plays on his own'.

Speaking about the game, the defender said: "The players have to hold complete responsibility for last weekend. When it mattered most, we just didn't stand up.

"We were all extremely disappointed. You get punished no matter who you're playing in this league."

The club were forced to deny reports that he had been sacked after a meeting with chief executive Philip Beard on Monday.

Chairman Tony Fernandes has continued to publicly back Hughes, but some fans have called for his dismissal.