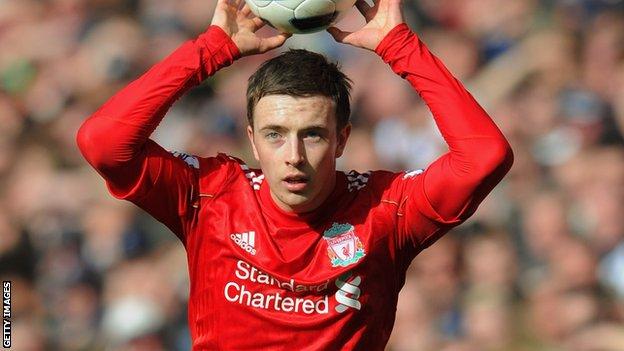 The 20-year-old will provide injury cover in the absence of Stephen McManus and Lewin Nyatanga.

Wilson came through the Rangers academy and played 26 games for the Scottish outfit before being sold to Liverpool for £2m in July 2010.

He has played nine games for the Premier League side and has also enjoyed a loan spell at Blackpool.

City manager Derek McInnes said: "It's good to have another defender on board and certainly one of Danny's pedigree.

"We came up against him last season with Blackpool and I saw him playing for Rangers against my St Johnstone team before that.

"He's had a frustrating time at Liverpool with chances limited. We thank Brendan Rodgers and Liverpool for accommodating this move.

"He's now got a chance to impose himself on our team and show what he can do. We've a lot of games to play between now and January, and with the absence of Lewin and Stephen to injury, Danny's arrival is timely."

Wilson told BBC Radio Bristol: "I've done quite a lot in a short space of time, although not as much as I would have liked in the last few years.

"People always like to be associated with big clubs but over the last few years I've not really been playing.

"There's no use being at a big club if you're not playing so that's why I'm here - to get games and to get myself going again."