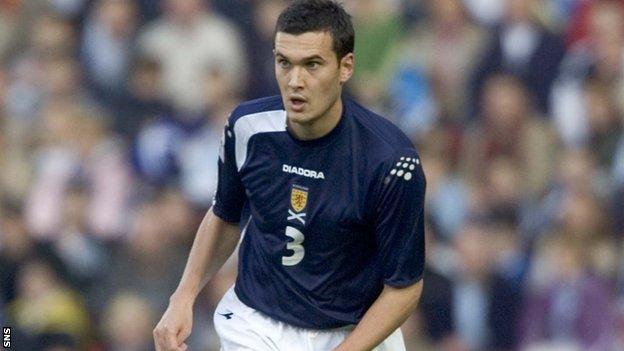 Dumbarton have announced that Ian Murray has been appointed as the club's new player-manager.

The former Scotland midfielder will have current caretaker boss Jack Ross as his assistant.

"We put all the candidates through a very exacting interview process," said chief executive Gilbert Lawrie in a statement on the club's website.

"It was a tough choice, but Ian fits the profile we had when we started the process."

He is embarking on his first management position, but recently spent time in America developing the coaching side of his game.

"Ian's playing background, together with his burning desire to succeed as a manager, fits perfectly with our own views, especially with respect to youth development," said Lawrie.

"We are all looking forward to working with him."

Jack Ross will still lead the team for this weekend's game at Dunfermline, with Murray taking the reins properly thereafter.