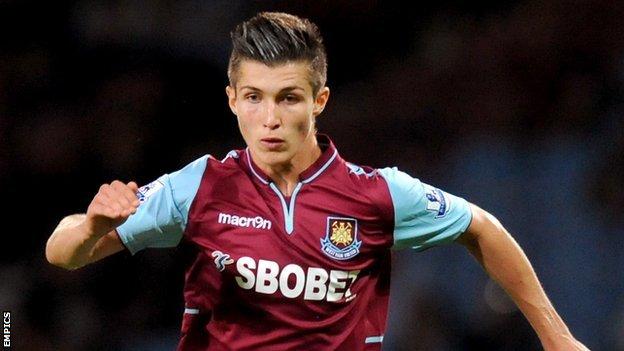 Colchester United have signed West Ham defender Dan Potts on loan up to and including the League One game at Walsall on 22 December.

The 18-year-old Hammers academy product has made six senior appearances.

His two games this season were both starts against Crewe and Wigan in the League Cup.

The left-back made his Hammers debut in a 1-0 Championship win over Barnsley in December of last year and is a regular for their under-21 side.